COVID-19: JobSeeker extended but cut by 40 per cent 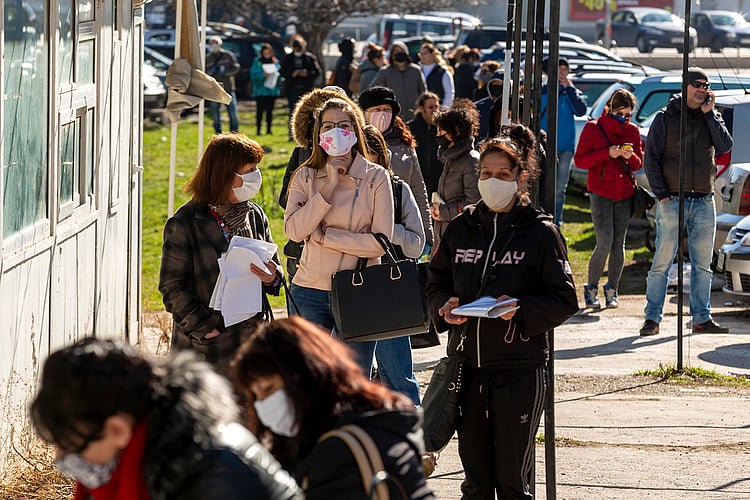 The COVID-19 supplementary payment intended to help almost half a million people find work again has been extended for three more months, but it’s also been cut by 40 per cent.

Prime Minister Scott Morrison announced a $3.2 billion package on Tuesday to extend the JobSeeker supplementary payment until March 31, only at a reduced $150 a fortnight -- a drop of $100.

About 428,100 people still have not gained employment since losing their jobs due to the COVID-19 pandemic, according to September figures from the Australian Bureau of Statistics (ABS).

“My number one priority is to get more Australians into work,” Mr Morrison said. “As the country is safely reopening and businesses start to return to full steam, we need to connect those seeking work with available jobs.”

Australians receiving the JobSeeker supplement can still earn up to $300 a fortnight without their social security repayment being reduced, Mr Morrison said, and waiting periods will continue to be waived until the supplement expires.

JobSeeker is paid in addition to the newstart unemployment allowance and other supplements people may be eligible to receive.

The maximum fortnightly payments will take effect from 1 January and are as follows:

More people are forecast to be out of work

Unemployment surged after the COVID-19 pandemic dawned in March this year. It currently sits at 6.9 per cent with 937,400 people out of work, according to the ABS, well above its typical level of about 5 per cent.

And the number is expected to get worse. The Reserve Bank of Australia estimates it’ll climb to 8 per cent by the end of the year.

Underemployment is also high. The September figure is 11.4 per cent, about three per cent higher than its typical level.

The revised supplement will encourage people to look for work while helping the underemployed, Anne Ruston said, minister for families and social services.

“As the jobs market improves we want to encourage people to re-engage with the workforce because we know that even a few hours of work a week while on payment can have a dramatic impact on the pathway off income support,” she said.

A sombre tone to the holidays

The decision to cut the COVID-19 supplement was criticised by the Australian Council of Social Service, an advocacy group campaigning to reduce poverty and inequality in Australia.

Chief executive Dr Cassandra Goldie described the government’s policy as “out-of-touch with the reality of what people are going through”.

“There is currently only one job vacancy available for every 12 people without paid work or enough paid work, with even less in regional areas,” she said.

“The reduced rate from January to March is only $10 a day more than the old, unlivable Newstart rate, which had not been increased in real terms in more than a quarter of a century.

“The end of the year is often the most expensive time for families and this Christmas is going to be a really hard one for millions, with record-high unemployment.”

Available
Not available
Data not captured

- The ‘initial deposit’ is inclusive of the first monthly deposit.

- The ‘monthly deposit’ is considered in the calculation on the first day of the month immediately following the month in which the initial deposit was made.

- The calculations consider a non-leap year.

Labour market is key to the recovery

Government stimulus payments, RBA policies and bank relief packages have helped buoy people’s confidence in the Australian economy even though it is operating against the backdrop of a pandemic.

The Westpac-Melbourne Institute of Consumer Sentiment, a survey of 1200 adults in the first week of November, increased by 2.5 per cent to 107.7, a high not seen in seven years.

“Given the high degree of uncertainty this Christmas, and the headwinds from the high unemployment rate, it is a very encouraging sign that Australians are planning for a ‘normal’ Christmas,” Bill Evans said, chief economist at Westpac.

It rose by 6.2 per cent in November, representing a deterioration in labour market conditions as people anticipate rising unemployment, Mr Evans said.

This article was reviewed by Personal Finance Editor Georgia Brown before it was published as part of RateCity's Fact Check process.

Tony Ibrahim was a Senior Journalist for RateCity, reporting on personal finance news. A decorated journalist, investigative reporter and editor, he made complicated things simple to understand so that you knew how they affected your everyday.