UST depegs and Bitcoin plummets: What is happening to cryptocurrencies? 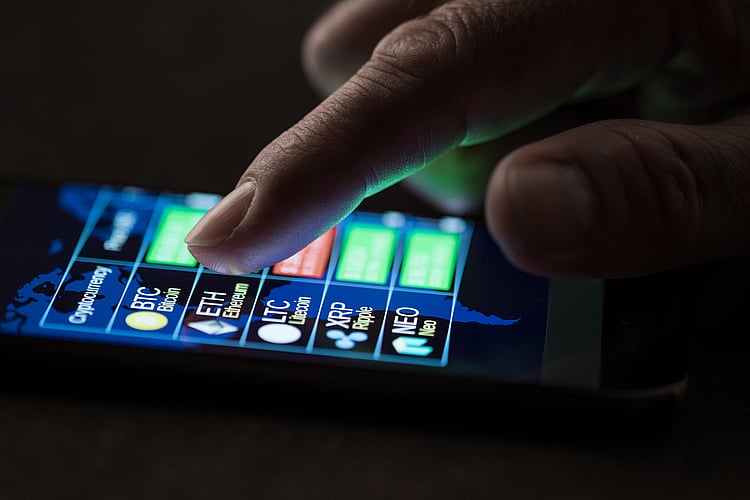 Cryptocurrency has long been regarded as a volatile investment, and the last week has demonstrated this more than ever.

With recent value falls for major cryptocurrencies, like Bitcoin and Ethereum, being regarded as a crypto market crash, and with the TerraUSD stablecoin, or UST, losing its dollar peg, many may be asking themselves, what is happening to cryptocurrencies right now?

On Monday, one of the biggest stablecoin projects for cryptocurrencies, TerraUSD (UST), depegged from its $1 value on Monday, plummeting as much as 70% to 0.2998.

While fluctuating crypto values are not unusual, UST was designed to stick to the dollar-equivalent value of the U.S. dollar. Stablecoins are designed to be pegged to an external reference, like the USD, or the AUD in the case of big bank ANZ’s A$DC. In the case of UST, its value should, by definition, be a stable 1:1 ratio with the USD.

LUNA, a coin that is part of the peg mechanism for TerraUSD, fell over 84% in the last 24 hours in response. As noted by the Luna Foundation Guard, UST was first reported as depegging from the U.S. dollar on Sunday, and the organisation responded by deploying some of its own Bitcoin reserves to prop up UST’s price.

Unfortunately, this move was not enough with traders moving quickly to trade in their stablecoins and dump LUNA for a profit – resulting in the coin’s significant decline.

In a series of tweets by Founder of Terraform Labs, Do Kwon, stated that they are “resolved to work with every one of you to weather this crisis, and we will build our way out of this.”

2/ I understand the last 72 hours have been extremely tough on all of you - know that I am resolved to work with every one of you to weather this crisis, and we will build our way out of this.

Do Kwon reported to TechCrunch that plans were “in place” to back UST with “other cryptocurrencies over time”. But as it struggles to recover from this sharp fall, whether this plan is still in place is yet to be seen.

The value of popular cryptocurrencies have plummeted in the last week, with around $400 billion wiped from the combined crypto market since Friday. This has led experts to wonder if we are experiencing a crypto ‘crash’.

When you compare this to BTC’s recent peak in November 2021 of around $68,000 USD, this represents a dramatic decrease of in just six months.

And other popular cryptocurrencies are mirroring this downward movement, with Ethereum (ETH) trading at nearly $2,000, a world away from its November 2021 high of $6,300.

But it’s not just crypto that is seeing downward movement. The American S&P500 has seen a value decrease of almost 8% in the last five days, currently trading at below $4,000. Australian shares fell for a third consecutive day, down 1% on Thursday.

Cryptocurrency prices are regarded as volatile, and in the current market conditions, macroeconomic uncertainty has directly driven down prices.

Why are markets on the decline?

Put simply, between higher levels of inflation forcing central banks to hike interest rates around the globe, to the war in Ukraine, new lockdowns in China impacting domestic, and global supply chain issues still disrupting manufacturing, stock markets the world over are taking a tumble.

Ross Clark, in an article for The Spectator, wrote that “crypto is dead”, noting that: “Many thought that Bitcoin and other cryptocurrencies could turn out to be a hedge against inflation. Those hopes have been dashed.”

Bitcoin has experienced multiple “crashes” in its time, with the most significant crash occurring in 2018, in which the price of Bitcoin fell 65%. Whether this latest price fall is worthy of doomsday speculation or reflective of a greater shift for the world of cryptocurrency, investors will have to wait and see.

This article was reviewed by Personal Finance Editor Georgia Brown before it was published as part of RateCity's Fact Check process.